Crops have been genetically modified (GMOs) to resist herbicides while they kill weeds. An immense body of published science shows the multiple ways these synthetic poisons cause numerous health problems in people and adverse environmental effects.

GMOs have failed as a technology as the constant use of herbicides as the only weeding strategy has caused the development of many species of herbicide-tolerant super seeds. The response has been to genetically modify more crops to be tolerant of multiple toxic herbicides. This has dramatically increased the use of these pesticides with all their adverse health and environmental outcomes.

There is no need to use herbicides in farming. There are multiple cost-effective strategies to manage weeds without them.

Herbicides are pitched as the basis of no-till farming systems where the poison kills the weeds instead of them being tilled out. The advocates of these systems state that these herbicide no-till systems are better for the environment than systems that till the soil as they can sequester carbon dioxide (CO2), the main greenhouse gas (GHG), and store it in the ground as soil organic matter (SOM). Studies show that these systems have better SOM levels than industrial tillage farming, which mostly loses SOM, releasing it into the atmosphere as CO2. However, studies also show that certified organic tillage systems have better levels of CO2 drawdown than most herbicide-tolerant GMO no-till systems.

The best regenerative agricultural systems can sequester more significant amounts of CO2 without killing the weeds than any other farming system.

Pasture cropping is an innovative regenerative agriculture system where the crop is planted into a perennial pasture instead of bare soil. There is no need to till the pasture species or kill them with herbicides before planting the cash crop.

Colin Seis, in Australia, first developed this technology. The principle is based on the sound ecological fact that annual plants grow in perennial systems. The key is to adapt this principle to the appropriate management system for the specific crops and climate.

Another Australian farmer, Neils Olsen, further innovated pasture cropping. He developed equipment that combines cultivation, mulching, aeration, and mixed species seeding into narrow tilled strips in the perennial pasture in one pass. The field is grazed down or mulched before planting to reduce competition with the crop.

Pasture cropping is excellent at increasing SOM. Olsen was paid for sequestering 11 tons of CO2 eq per hectare per year (11,000 lbs per acre) under the Australian government’s Carbon Farming Scheme in 2019. He was paid for 13 tons of CO2 eq per hectare (13,000 lbs per acre) in 2020. He was the first farmer to be paid for sequestering soil carbon under the Australian or any other government-regulated system in the world. His figures for sequestering CO2 are significantly greater than those of any herbicide-tolerant no-till GMO system.

Pasture cropping can be used on permanent pastures and arable cropping lands. Regenerative systems such as this should be the future of agriculture rather than herbicide-tolerant no-till GMO systems. 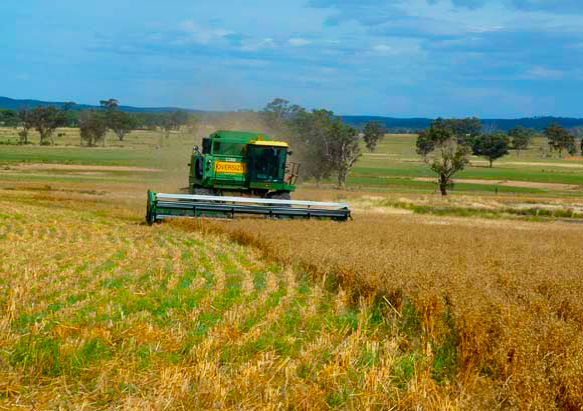 Oats are grown in the perennial pasture.
Picture Courtesy of Colin Seis. 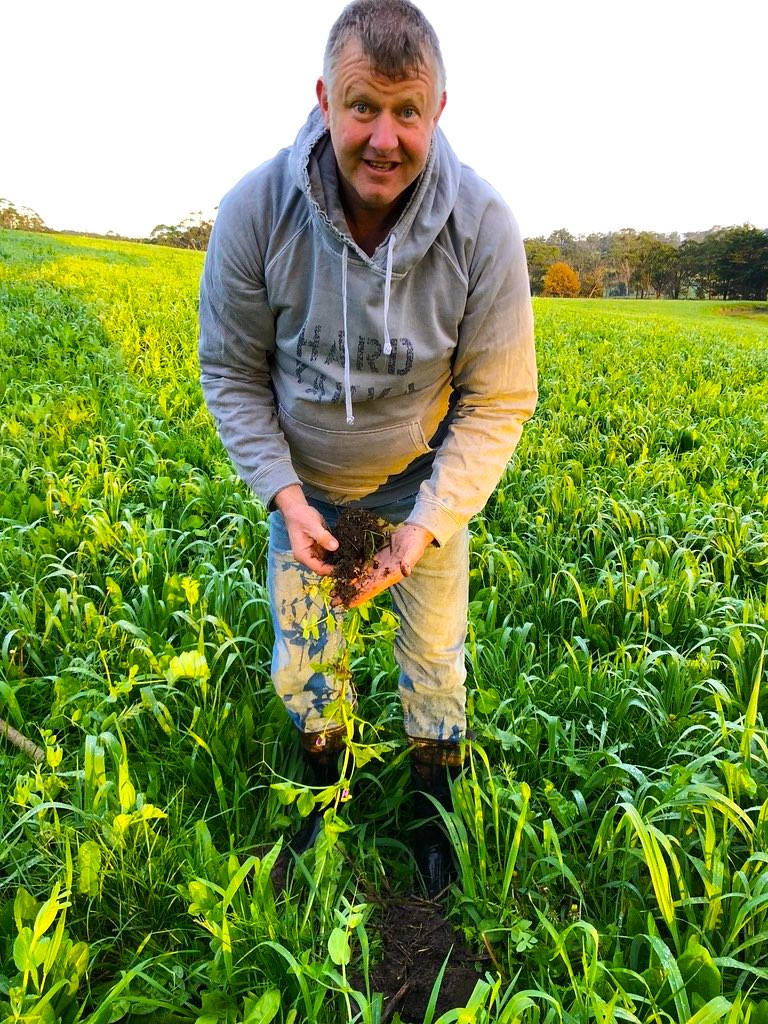 Niels Olsen with a multi-species cover crop of legumes, grasses, and grains for livestock. This mix thrives mid-winter in Mediterranean and warm temperate climates and spring/summer in cooler climates. Cereals, pulses, and other cash crops can be planted into the pasture to produce high-value cash crops.
Picture: Andre Leu 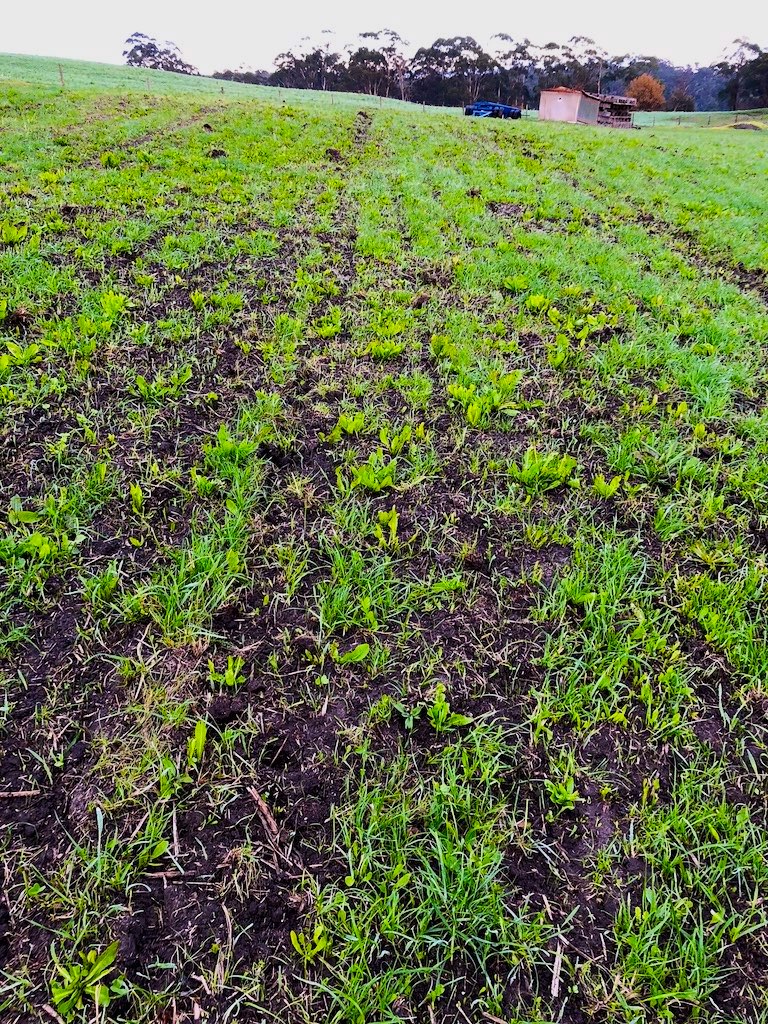 A perennial pasture a few days after the Soil Kee was used to break up the root mass and plant the cover/cash crop seeds.
Picture: Andre Leu